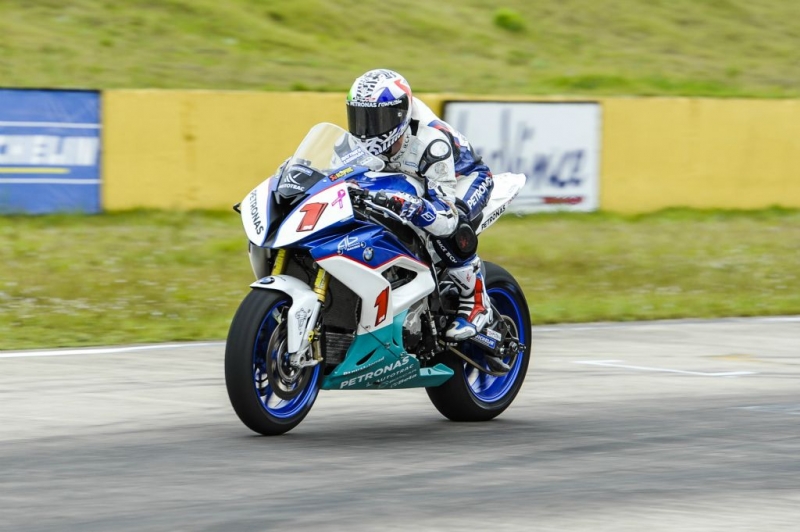 Munich (Deutschland) - December 7th 2015
And the winner is...Matthieu Lussiana (FR): the FALCO boots supported rider won the prestigious 2015 BMW Motorrad Race Trophy.
A total of 104 BMW drivers from 22 different countries on six continents took part in the second edition of this unprecedented competition for customers with the german brand. They represented 73 different teams in 24 categories championship.
Last Saturday, the best of them were honored at the closing of the 2015 season BMW Motorrad Motorsport by BMW Welt Double Cone in Munich (DE). Lussiana collected his points counting towards the Trophy Race in the Brazilian Championship 1000 Moto GP (MT1GP), after which he was awarded his second consecutive title aboard his BMW S 1000 RR BMW Motorrad prepared by Petronas Racing.
"Winning a championship or a trophy, especially the BMW Motorrad Race Trophy involving so many drivers come around the world, always gives great satisfaction, "said Lussiana via! a video message broadcast Munich because it was held this weekend in Curitiba (BR), where he was playing the final of the 2015 season Moto1000GP".