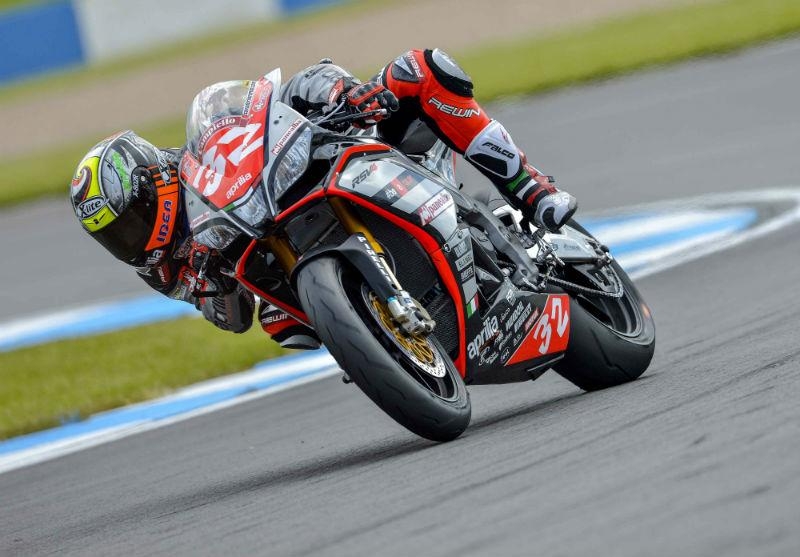 Donington Park (UK) - May 24th, 2015
"God Save Savadori!". Third consecutive seal for the Aprilia rider Lorenzo Savadori (Nuova M2 Racing Team) in the fourth round of the Superstock 1000 FIM Cup at Donington Park. A seasonal turning point completed with apparent supremacy from the young talet talented rider winning with Freddie Spencer's style after a strong start, further growing advantage and solo arrival on one-wheel under the checkered flag.
Lorenzo Savadori # 32: "Good race, I really enjoyed myself at a track I did not know that much as the last memory linked to Donington was dated 2009, a lifetime ago. All doubts over the weekend were cleared thanks to the extraordinary work of a team of professionals with whom the feeling grows with every round, sometimes just with a simple glance. I wish to thank all the team Nuova M2 Racing Aprilia Racing, my family especially my father who watched me from TV, the sponsors and the fans who now can reach me on my official portal savadorilorenzo.com ".