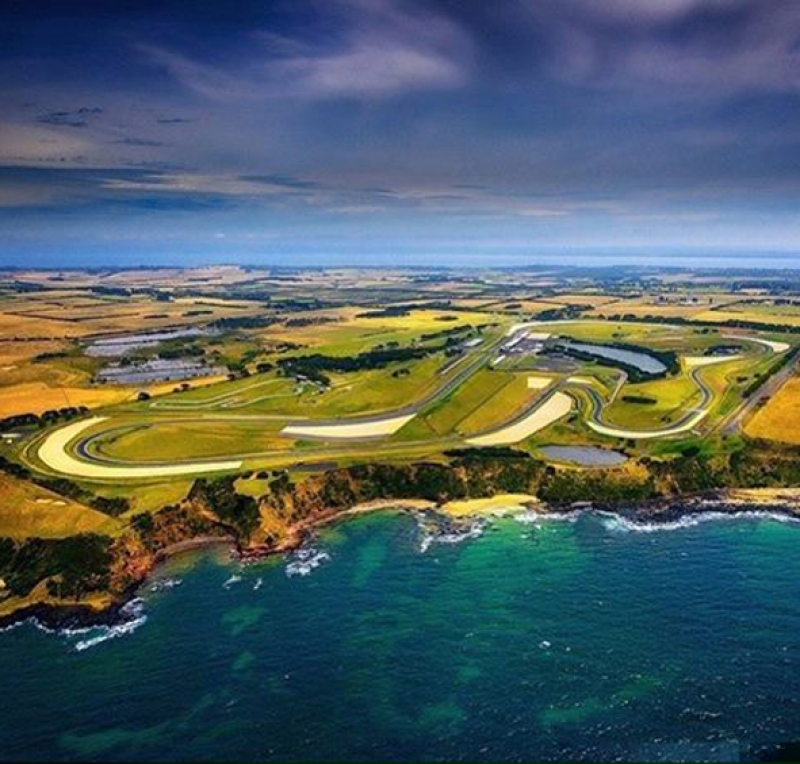 Phillip Island - February 22nd, 2015: It has ended positively the first weekend of racing for the three FALCO riders engaged in the spectacular Australian circuit of Phillip Island where officially started the 2015 racing season, the 28th regarding the World Superbike.
Matteo Baiocco (Ducati Althea), Tati Mercado (Team Ducati Barni) and Christophe Ponsson (Team Kawasaki Grillini), completed two good races and over the weekend were always in continuous improvement, increasing experience that will be useful for them to face the next round of the Championship.

Matteo Baiocco starting from tenth on the grid in race one gets closest to the top ten finishing 11th in race 1. In the second race after the team has made some small changes to the bike the rider found a better pace and was able to conclude with the ninth time. It was not easy to deal with two such demanding races on the same day, but Matteo has reached two positive results and important points for him.

Tati Mercado, 2014 FIM Cup Superstock 1000 champion, started from the last spot because of the penalty imposed for use of both qualifying tires in Superpole on Saturday. The Argentine talent has not lost his nerve and with two good starts and many overtakes ended the two rounds respectively 12th and 11th.

Christophe Ponsson made a first valuable experience both with a new circuit and a new bike. In race 1 the young driver transalpine retired with a technical problem while in race 2 finished in 15th place collecting the first World Championship point.

Now riders will prepare for the next round, scheduled on 22 March, for the first time on the circuit Thai.

Matteo Baiocco: "These were two races very positive and constructive after tests and qualifications. In the first run I touched the top ten finishing my race at 11th place, but I managed to center it in the second round, with an excellent ninth place. I made a small mistake on the last lap, but overall I am satisfied because we have grown a lot. It was a bit 'of time that I did not do two races so close to these high levels but is a good starting point for the future. I picked up some important points and the team worked very well making changes before Game 2 that allowed me to be faster. Now we continue to work for the next races. "

Tati Mercado: "I am very happy with how it ended the weekend. Starting in last place is never easy but we did a great job. It was our first race here and did not know the race, so we worked step by step trying to improve our race pace. The feeling with the bike is growing much. We now have a starting point for the next race. I would like to thank the team for their hard work.