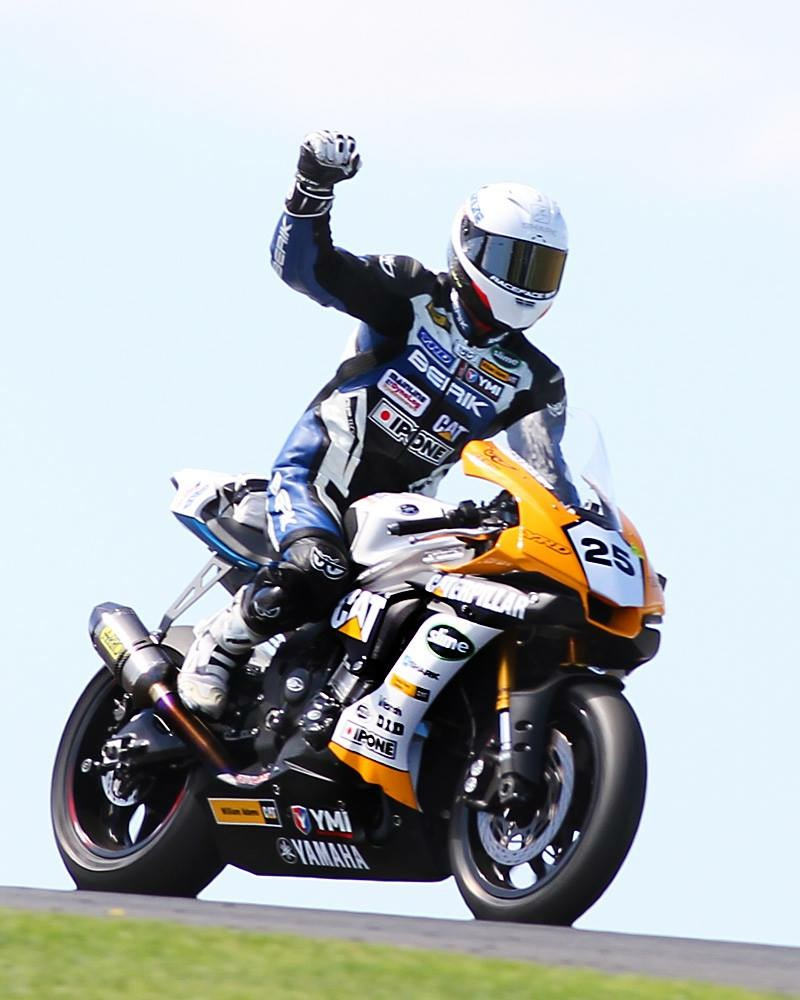 Phillip Island (AUS) - February 26th, 2017
Fairy-tale sweep for Falzon and FALCO Boots in Phillip Island ASBK opener.
The Yamaha Motor Finance Australian Superbike Championship (ASBK) presented by Motul Pirelli saved its best for last in another action-packed affair eventually won by Daniel Falzon (JD Racing Yamaha).
Three laps into the third and final race at Phillip Island on World Superbike weekend, it appeared Caterpillar-supported Falzon was going to sail off at the front for another dominant win.
However a red flag flew following three laps, causing a brief stoppage and restart, with the domestic races to be determined by combining times of the two-part race. Once it did get back underway, fireworks erupted at the front.
This time Falzon had to fight his way forward from fifth, but had the comfort of a time advantage to his credit from part one. He crossed the finish-line in third, however that was enough to complete a perfect weekend on combined times.
Reduced to 10 laps due to the delays, Maxwell led across the line at race’s end in another strong performance, but was fourth on combined times. Instead, filling the race podium alongside Falzon was other FALCO sponsored rider Robbie Bugden (Kawasaki BCperformance) and Bryan Staring (Crankt Protein Honda Racing).
So overall it was 22-year-old privateer Falzon with the stunning clean-sweep, 22 points clear of Bugden and a further seven ahead of Herfoss after many of the title-contenders encountered troubles across the three races at some point. Still, there was no denying Pirelli-shod Falzon of the victory in this given round.
Next stop of ASBK Championship will be at Wakefield Park on March 17th.